The first Rye RIS Barrel Aged in the WRCLW history 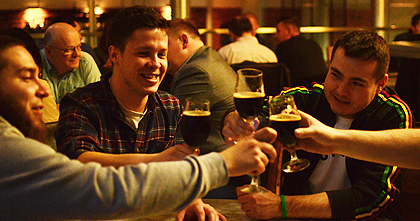 The first Barrel Aged in the history of the Brewery is on taps!

WRCLW Rye RIS, the beer brewed to celebrate the Brewery’s birthday, is back on the taps! This classic style has been redefined by adding rye malts, which account for the beer’s even greater mouthfeel and thickness. As a result, the exquisite flavour and aroma last longer. The chocolate and coffee tones with a subtle touch of caramel and high contents of alcohol bring to mind luxurious pralines whereas the long ageing process accounts for the prune aroma. Despite the exquisite mix of produced sensations, WRCLW Rye RIS is harmonious and velvety. No wonder, it has ranked as #2 in the blind test of 10 best RIS beers in Poland conducted by three professional judges: Artur Napiórkowski, Adam Szewczyk and Michał Jaskólski. The full test available at: https://youtu.be/8sgbENoadFY It’s highly palatable beer. Learn more about this style’s history from the cover of its December debut: https://100mostow.pl/en/2015/12/11/wrclw-rey-ris/

This weekend’s special is Rye RIS that has aged for 100 days in Bourbon barrels. Feel invited to visit us on Długosza Street! We open at noon. The kitchen and 10 taps are at your full disposal.