After the success of our latest beer from ART+ brand – ART + 28. New England IPA Citra & Galaxy / Amarillo & Mosaic NITRO, we`ve decided to create a new variety of this style for You! This time it`s New England IPA hopped with Citra, Mosaic and Simcoe!

This is one of the latest styles in the India Pale Ale family, which was created in Vermont, United States. Brewers from this region, against all known rules added hops during… fermentation. Hopping at this stage doesn`t usually have a positive effect on the process but in the right conditions, yeast can biotransform hop oils into slightly different compounds giving an even more intense aromatic profile! 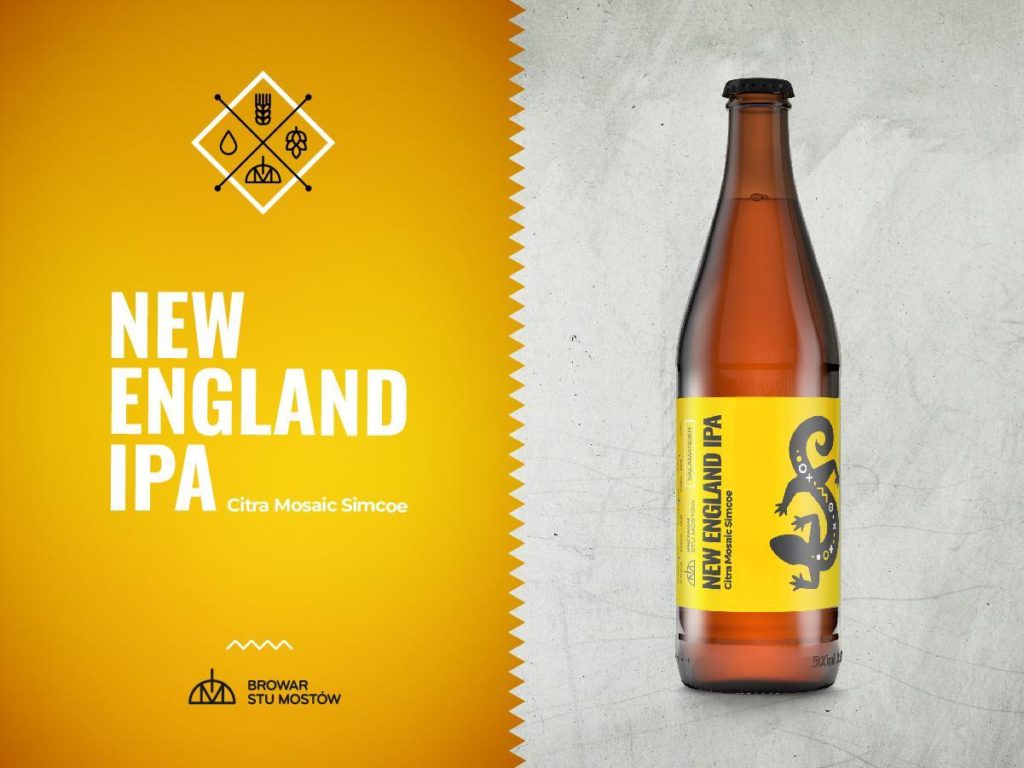 We`ve also added a large amount of British malts (up to 7 varieties!) and oat flakes to receive a velvety texture, deeper taste and haziness. Double dry-hopping with Citra, Mosaic and Simcoe had an influence on the aromatic profile and gave our New England more juiciness. In total we`ve added 23 grams of hops per a liter of obtained beverage!

Don’t miss the release at our taproom this weekend!