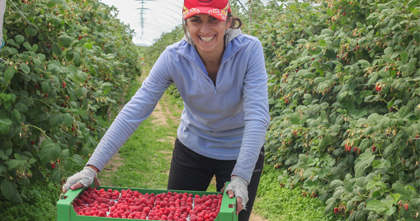 WRCLW Rye Russian Imperial Stout with natural, pressed raspberry juice is ready. Coffee and chocolate tones mixed with sweet and sour aromatic raspberries. It is an excellent reason to get together. Our common goal is to show good quality berries from Poland and the expertise of our brewers.