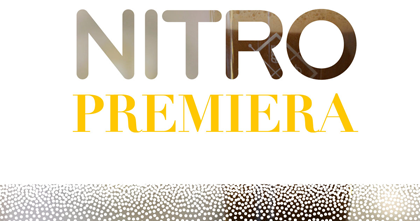 Visit us to give it a try!

We are in for something really special. It’s going to be the first time for most of our fans: SALAMANDER Oatmeal Chocolate Milk Stout Nitro – the first nitrogen-infused beer in the history of the Brewery.

We can’t wait for this incredible event and a great brewing lesson. The Nitro Effect is really something special. Gassing up beer with nitrogen instead of carbonating it makes beer even more drinkable and changes its texture to a velvety one. There are exceptional visual effects called the “avalanche effect” of the nitrogenized beer. The produced beer head of beautiful, small bubbles, soft, creamy, nearly velvety texture. The foam is so thick that it can be cut with a knife. The beer tastes as if it has been de-gassed. Taking into account all the sensual experiences, watching and tasting the beer for the first time turns into an unforgettable experience.

Nitrogen’s ability to dissolve in liquids is several times lower than that of carbon dioxide.What we have used at Browar Stu Mostów is advanced technological solutions that allow us to dissolve as much nitrogen as possible in beer. Right after opening and pouring the beer into a glass, nitrogen escapes as quickly as possible creating a cascade effect of a huge amount of
tiny bubbles. After a while, nitrogen moves up whisking protein dissolved in beer. As a result of this process creamy and long-lasting beer head of tiny bubbles is produced, which is not available in carbonated beers.

To educate our fan show to best serve the beer, we have printed some instructions on labels. To fully enjoy the nitro beer, serve it right. Cool the bottle down to &lt;7 ⁰C, open the bottle quickly and pour the beer into a glass holding the bottle vertically. Now you can enjoy the cascade effect, which produces a beautiful beer head of tiny bubbles.

SALAMANDER Oatmeal Chocolate Milk Stout Nitro – sweet stout, also known as “cream stout,” is of opaque black colour. The dominating notes are those of chocolate, caramel and coffee. Lactose, milk sugar, has given the beer more body and sweetness whereas roasted barley has introduced its specific bitterness on top of its unique colour. The barley-produced bitterness and hop-produced bitterness balance the flavour. You can’t put it down. With the use of advanced technology, nitrogen has produced creamy texture and beautiful beer head of tiny bubbles. The nitro avalanche strikes on February 1.

More about the release at https://100mostow.pl/salamander-oatmeal-chocolate-milk-stout-nitro/