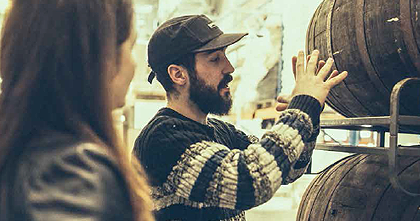 Three treats from Napabier are on their way to WRCLW for the first time. Two of them are a must for fans of fruity styles while the other one is an absolute novelty: classic but new-wave APA.

One of the most high rated beers by Naparbier! Milkshake IPA. Strong, fruity beer. Mango, mandarines, and peaches. Hopped with Citra and Mosaic varieties. Available on taps and in bottles.

American Pale Ale. Yet another fantastic Naparbier collaboration. This time with SIREN. The outcome is an APA style with surprising ingredients: coconut puree, lime and pineapple. The fruity and coconut flavors are hopped with quite an amount of Amarillo and Citra varieties. Available on taps and in bottles.