The Capital of Good Beer 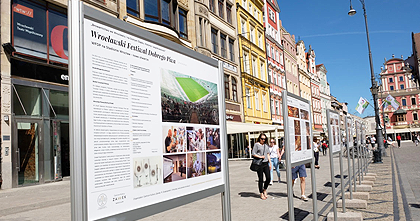 The history of the beer capital

The past and present are on display at an exhibition held on the main square in WRCLW, which features today’s breweries, the history of the biggest beer festival in Poland, as well as trivia about Wrocław’s brewing traditions that go back 800 years. On June 1 the exhibition titled “The Brewing Industry in Wrocław and Lower Silesia. The past and present” was opened to draw attention to some historical spots on the map of the city and its region.

The first part of the exhibition focuses on the history and features information regarding some legendary places in WRCLW: Piwnica Świdnicka, Piwnica Ratuszowa, C. Kissling’s restaurant and pub, Piwiarnia Augustinerbräu and Bitterbierhaus beer pub; Haase, Mieszczański and Piastowski pubs; Friebeberg, Kaiser Wilhelm Park beer gardens; and photographs of Miedzianka and Jedlinka. There are more places related to the history of brewing in Wrocław than we realize. “The exhibition is there to show the city’s rich and fascinating brewing traditions” – says Elżbieta Lenczyk, Director of the Wrocław Good Beer Festival.

The other part of the exhibition concentrates on craft breweries operating in the city today. “For quite a few years now the craft breweries in Wrocław have been rebuilding their leading position. It’s exactly in Wrocław that the first beer pub opened hundreds of years ago. Currently there are sixteen breweries in Wrocław which serve internationally renowned beers. The exhibition gathers together the most important information on the brewing traditions of the Capital of Lower Silesia”– says Joanna Boś, Coordinator of the Wrocław Good Beer Festival. 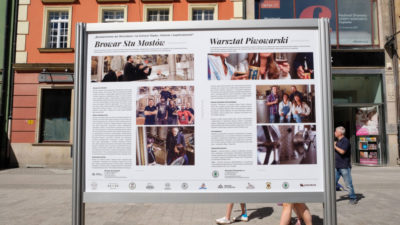