ART#8 at the Good Beer Festival 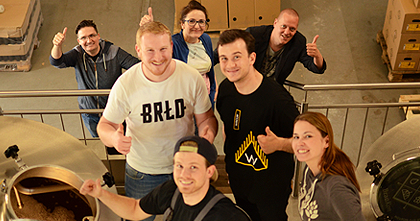 The exceptional lightness so typical of this beer style has been achieved thanks to very low extract of about 9% and the grist made of light Pilsner and wheat malts only.

Although hops do not play a central role in this style, we have selected the new-wave German hops anyhow: Comet which has the citric and grassy touch to it, and Huell Melon, a fruity mix with a dominant touch of honeydew. The “late-hopping” metho  allows to reduce bitterness but retains the flavour.

The seasonality of the beer and its acid profile has been enhanced with a typically Polish touch, abundance of ripe strawberries, which addend during the final fermentation stage gave the beer’s pleasant taste and aroma.

Join us and give it a go! The beer premieres on Thursday night on Długosza Street. The official debut on Friday at the Festival. More details and invitation at www.facebook.com/events/274941336177750/