Our beers voted the 2015 Best Product of Lower Silesia 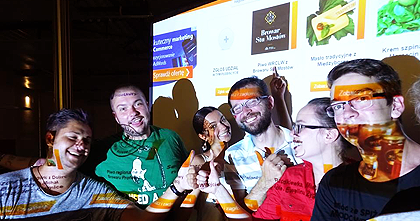 Thank you for your support and appreciation!

We would like to thank all our supporters and partners that help in establishing WRCLW as the Good Beer Capital. The fact that craft beer has been voted the product of the year will bring benefits to us all. Our beers are the product that Wrocław inhabitants can be proud of.

Thank you all for an incredible campaign during which the readers of “Gazeta Wrocławska” daily and naszemiasto.pl website were to decide on “the best product.” Our thanks also go to all 14.082 supporters that have cast their vote for our product. We kept asking you for the votes as we wanted craft beer to get on top of the ranking. Let’s recap what motivated us:

Since Browar Stu Mostów was opened in December 2014, we have brewed 11 beers following two approaches towards modern brewing: rediscovering the tradition and embracing a dynamic beer revolution. The more sophisticated beers brewed at our brewery are well-appreciated by the increasingly number of our loyal customers. In order to show them the richness of the beer world we have chosen very different styles and used high quality hops, yeasts and spices. We are building 3 brands: WRCLW, Salamander and ART.

WRCLW offers reinterpretation of the classics. SALAMANDER, the essence of beer revolution, is the brand created to broaden our horizons and promote the refreshing power of  meeting over beer. ART symbolizes creative cooperation between talented people open for new experiences. This brand builds bridges between people and beer styles. This type of cooperation in designing the idea and then the recipe for the beer is typical for craft industry.

It has been clear to us from the very beginning that the large number of votes cast on craft beer would allow for stronger promotion and heightened awareness of beer identity. We are pleased that there have been many related articles published in Gazeta Wrocławska daily which was the media partner to a meeting of former employees of no longer existing Wrocław breweries organizes on our premises. The mission of Gazeta Wrocławska is to deliver the most important information from Wrocław and the Lower Silesia region. The online edition of the newspaper is the leading one among daily online news providers in Lower Silesia as is among mobile viewers.