Thank you for your support!

Thank you for your support! 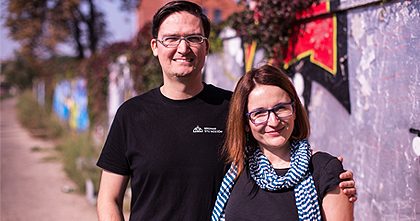 The very fact of receiving the nomination only two months after opening the brewery has pleased us. The fact that Browar Stu Mostów started to communicate its mission half a year earlier couldn’t go unnoticed. The nomination specifies key decisions that we have taken in order to take the brewing industry to a new level. Being uncompromising, we have attracted similar people. We have focused on classic but innovative technology of craft beer production appreciated by generations of brewers from Wrocław. Its industrial look has earned the brewery the nickname of “craft Ferrari.” Drawing inspiration from the industrial building and neighbourhood, the site’s ambience has been preserved but still redesigned together with a team of experienced designers from Wrocław. What we have focused on are brands created in WRCLW drawing from the city’s history and design. They provide the opportunity to attract customers who do not know the taste of real beer yet. By the time the contest finished, we had succeeded in presenting WRCLW all around the country. We have also started to export beer, for now, on a limited scale. We have also invited excellent brewers from Bavaria who have decided that we are able to produce beer on Dlugosza Street that does not exist even in Germany. Our goal is to communicate craft value in order to help our city in the 21st century to support uncompromising and talented people.

We hope that all votes cast for the Brewery will help in raising awareness of the importance of beer and breweries for WRCLW identity and prosperity. You can count on us. We are the revolution. Our brave and uncompromising spirit is the revolution. That’s what we communicate every day. Thank you for your support. We wish everyone found satisfaction in their work. Craft beer and creative freedom achieved in its production have become the symbol of our wishes. GoWRCLW!