Open doors to the Brewery

We’re slowly opening the doors to the Brewery 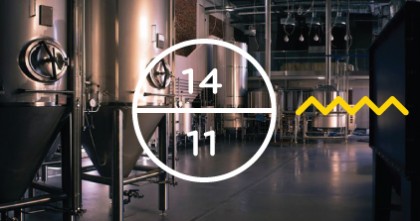 Beginning with Friday, November 14, the doors to Browar Stu Mostów will be open to everyone. You’ll have the unique chance to see the brewing process of our first beers and understand the difference between craft and commercial production. Our brewers will be at your disposal to explain everything that we’ve been informing about for months.

While waiting to taste the first beers of Browar Stu Mostów, we’ve opened the pub with a swing. We’ve decided to serve excellent beers from befriended breweries and in this way prepare beer lovers for what’s coming in December. The selection will surely be appreciated by beer aficionados and allow us to show you how to start your adventure with craft beer.

We’ll offer beers from the old Bavarian school of brewing as well as the representatives of the new-wave trend. Classic wheat beers as well as dark, nearly opaque ones. Beers rich in aromas, those with a strong base as well as distinct flavour at the very beginning and with a clearly different finish. Beers appreciated at the World Beer Cup as well as the genuine Grünhopfen Pils. Also, the only beer from fresh green hop cones Hallertau brewed once a year between September and October (during the hop harvest). The unbelievable aroma of this beer starts with floral and herbal flavours and end with a light lemon aftertaste. Some say it’s the most hop-flavoured pils that they’ve ever drunk.

We’ll also serve Pale Ale from the Camba Bavaria brewery – golden brown beer with an intense exotic aroma and the renowned Pils Schonramer, one of the best pils in the world that has become your favourite during the Good Beer Festival in Wrocław in May when the project of Browar Stu Mostów has been announced.

As you can see, the bar has been set high. No need to worry, however. The truth is that we have the same quality equipment at our disposal. The show of forces is to demonstrate its possibilities. In the future beers from befriended breweries will complement our offer so that it includes a wide selection of aromas and flavours.

Pictures of our pub to be seen in the video footage from the meeting with catering managers, chefs and producers of regional food that took place on October 10, 2014: http://100mostow.pl/blog/2014/10/24/kwestia-smaku/